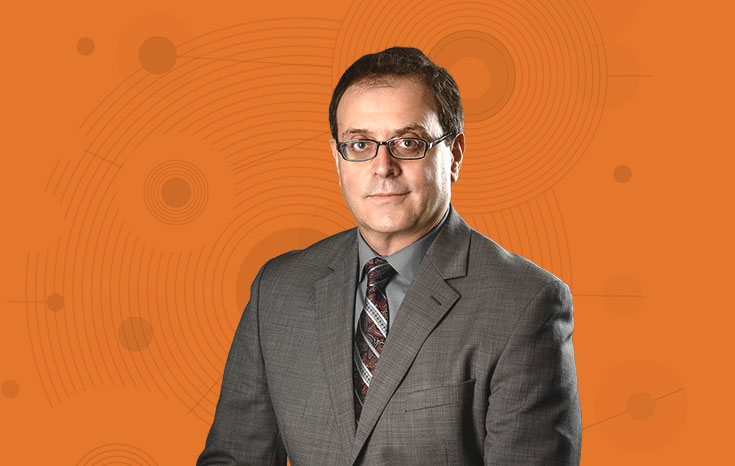 Growing up in Romania in a family of teachers engrained Alex with several important lessons: One, education and knowledge were the key to a better future. Two, western philosophies and self-determination were a much better fit for his personality and spirit.

It was these core values that would be the roadmap he followed as he would become a dedicated entrepreneur and eventually founded Westgate Technology Corporation, which stands for “Gateway to the West”.

Alex secured a Master’s degree in Science at Polytechnic University Bucharest specializing in Automotive Engineering. The students would fund their education in a variety of unique ways; some sold beer, Alex decided he would fulfill a need by hand building computers and selling them to other students as they were not available in Romania at that time. It was the first taste of being an entrepreneur and building a successful enterprise from scratch with limited resources.

Always looking for new technology opportunities, he saw the potential in fibre optic-based data communications and was one of the first Romanian companies to offer this technology to enterprise customers.

In 1989 the revolution in Romania took place with the accompanying confusion. Alex made the choice to leave his original path of being an employee and embraced fully the emerging open market. He started modestly by sourcing and importing consumer goods from Asia then expanded into importing business computing equipment and writing custom software applications.

After a couple of years of substantial growth in the IT space he ventured in a completely new and exciting direction and his company become one of the pioneers of cable television in Romania.

His company become known for creativity and courage in procuring and distributing content that was difficult to obtain at the time. It was a very successful enterprise, growing beyond his hometown to three other cities.

Always looking for new technology opportunities, he saw the potential in fibre optic-based data communications and was one of the first Romanian companies to offer this technology to enterprise customers. In 1996 he decided to broaden his horizons as an individual and entrepreneur and moved together with his young family to Canada.

Canada was a fertile entrepreneurial environment. He quickly became a Sr. Executive with a publicly traded early stage technology company. There he oversaw technology development and manufacturing in an emerging market as Executive VP/CTO of GPS Industries. GPS Industries would become one of the leading companies in GPS systems for the golf industry as the market flourished. He also played a pivotal role in securing over $100 Million in outside investment from significant players such as Dubai based Leisurecorp and Greg Norman’s Great White Shark Enterprises. GPS Industries was sold in 2009 to a venture capital firm and then again 1n 2019 to Ingersoll Rand Inc. a fortune 500 company.

After the acquisition, Alex became the President & COO of DSG Tag Systems and guided the company to diversification from the golf industry and into larger fleet management solutions. In 2014 he left to join TekGPS Enterprise Inc. TekGPS was acquired by Textron, another Fortune 500 company, in early 2017 after only 3 years of operation and already cash-flow positive.

Alex now uses his unique understanding of technology development and business processes to assist companies in developing new products, optimize their internal processes or otherwise position themselves for success.

A voracious reader and avid student of management philosophy, Alex brings years of successful leadership and the ability to provide the correct focus as companies navigate the marketplace and seek to emerge successful. Where the circumstances are favorable, he will invest time and/or financial resources in exchange for equity participation in the venture.